Stu Ayris
Tollesbury, Essex, United Kingdom
I was born in the Summer of 1969 in Dagenham, just on the border of East London. School was largely unproductive but enjoyable, setting me up for something of a wayward but interesting life! On leaving school I had various jobs including putting up stalls at Romford Market, working in a record shop, putting up ceilings, gardening and road sweeping. After resigning from an insurance company to play in a band, I found myself unemployed for two years. Then finally I got back on my feet and I've been a psychiatric nurse since 1997. I wrote A Cleansing of Souls when I was 22 years old and followed it up with Tollesbury Time Forever almost twenty years later. I started writing The Bird That Nobody Sees in September 2011 and it was released in July 2012. In terms of writing, my heroes are Jack Kerouac and John Steinbeck. I would also include Kris Kristofferson, Bob Dylan and Tom Waits as literary influences. So that's me I guess - scruffy, happy and in love with literary fiction, music and life...

THIS BLOG HAS NOW BEEN REBORN!

Just wanted to let you know that this little blog has come to an end and a new one has been reborn here!


www.stuartayrisblog.org
Posted by Stu Ayris at 11:18 am 2 comments: 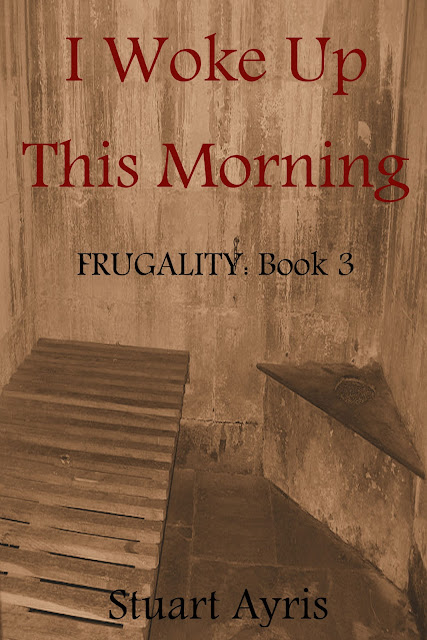 I Woke Up This Morning (FRUGALITY: Book 3) is OUT NOW!

Some fine words that refuse to be silenced...

With I Woke Up This Morning just a few weeks away from being released (April 29th!), I thought I'd make a list of some of the words in the book that Microsoft Word appears to have taken exception to. Well. Unlucky Microsoft Word. They're in the book and there's nothing you can do about it...


brimmest
Posted by Stu Ayris at 8:36 pm No comments:

The provisional cover for I Woke Up This Morning... 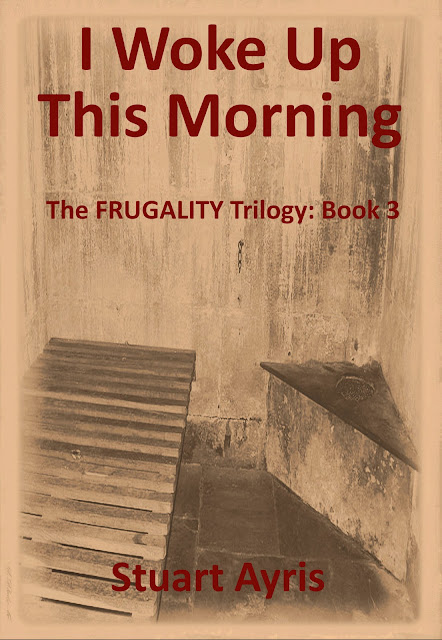 I Woke Up This Morning - Chapter Titles...

1. Big Time Charlie Potatoes
2. Bloomin' Heather
3. The Ancient Stones Of This Ancient Land
4. Teardropped
5. Cider Waves Upon A Wall
6. All Vague Vision To Me
7. Urine And Dignity And Hope

12. Staring At Stone And Dreaming Of Love
13. Candlelight Waverings
14. Thou Art Fucked
15. And Burst I Will

18. Shaking Off The Sand
19. Circular Wobble Greatness
20. Sighing Is A Weighty Pause
21. Eggshell Cracks And The King

I Woke Up This Morning - the prologue

With the final book of the FRUGALITY Trilogy almost complete, I thought I'd just post the prologue here as a little taster. Any comments gratefully welcomed!

It is a truth universally acknowledged that drinking yourself into oblivion can only ever take you a part of the way. I know that now. It’s not too late. It’s never too late. And I’m not Simon Anthony – but that fact does not stop me from wanting to find him or suppress the need I have to tell him that I love him. As it stands, I don’t even know where he is. I barely know where I am. I’m guessing it’s Tollesbury, which is basically heaven to me and to Simon too. So he can’t be very far away. There’s music in the air. I hear it these days more than ever I did before. Still, the last bell in The King’s Head chimes more often than it should and the six in the morning bells of St Mary’s Church ring a little more gleefully than perhaps is necessary. But that’s all part of the fun, all part of my life, all part of what I have become. My name is Stuart Ayris. I am all sorts of things. Well at least I was when I woke up this morning.

I’m five feet ten inches tall, I shave sporadically and I haven’t brushed my dirty blond hair since I was fourteen and groovy. That would have been about the same time I took to wearing a pair of powder blue dungarees in the belief it would make me as cool as David Bowie in the Dancing in the Street thing he did with Mick Jagger. And here’s me now talking about wanting to tell a man I have met but once that I love him. It’s only rock and roll but I like it, I like it, yes I do.

I should say at this point that the way I view myself has often differed to the way others have viewed me. Where I have considered myself to be humorous, others have deemed me immature and insensitive. Where, during my psychiatric nursing career I have seen myself as one who acts on behalf of those in need, others have at times branded me as reckless. And when I feel I have had just enough alcohol I have been told I am not just drunk, but out of control, self-destructive and entirely irresponsible, given the nature of my profession and the fact that I really should try harder to be normal.

My wife hasn’t taken my surname. She retains her maiden name due to the fact that mine, Ayris, can only ever transform even the most beautiful of forenames into a tropical disease – Louise-ayris, Mollie-ayris, Rebecca-ayris, Valerie-ayris – a trainee doctor’s nightmare. I have come to believe that life is suffering. For me, that realisation – that life is suffering – occurred when the Landlord finally barred me for a year from The King’s Head. It’s the finest pub in the land in the finest, weirdest village in the land. I love The King’s Head. I love Tollesbury. But I’m not that keen on being barred.

So I have twelve months to get myself sorted, to put my mess of a mind in order. And then may I return to The King’s Head and to Tollesbury Time. Forever.

This book tells the story of how I managed it.
Posted by Stu Ayris at 10:24 pm 5 comments:

Click to buy The Bird That Nobody Sees (UK)

Click to buy Tollesbury Time Forever for (US and Overseas)

Click to buy The Bird That Nobody Sees (US and Overseas)

Click to buy A Cleansing of Souls (US and Overseas) 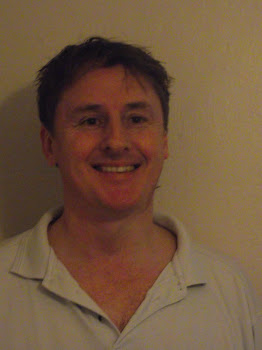